On January 15, officers responded to a building on Freeman St. for a complaint of people smoking marijuana. Upon arrival, the smell of burnt marijuana was evident in the elevator and there was a haze of smoke in the hallway. When a resident came to the door, the officers were able to see multiple jars of a green leafy substance in plain sight. The officers entered the apartment and advised all four parties of their rights. The matter is currently under investigation.

On January 15, officers responded to an alarm from Blue Hills Bank on Beacon St. where a robbery had occurred. A man had entered the bank and approached one of the tellers at which point he pulled out a note and demanded money. The suspect was described as a white male in his 30’s with an average build. He wore large dark sunglasses, a dark tan coat, a hat covering his head and ears, and heavy gloves. If you have any information in regards to this case, please contact the Bank Robbery Task Force (617-742-5533) or the Brookline Police Department (617-730-2222). 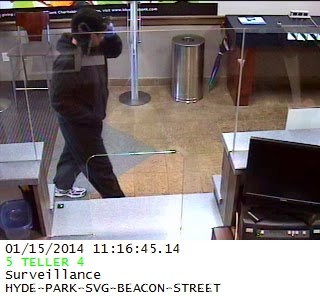 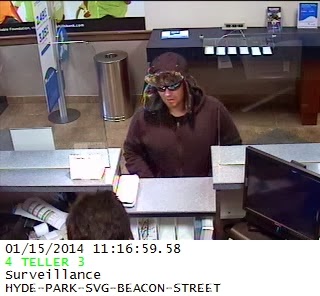 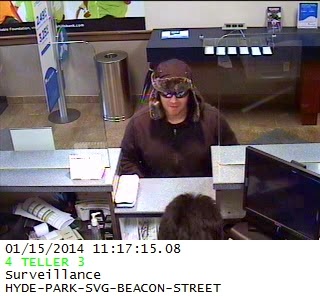