Armed Robbery at a Bank results in a quick arrest of two subjects.


Today at 10:38am Dispatch received a call from TD Bank located at 1641 Beacon Street. The caller indicated they had been robbed by a subject who had passed a note. The note indicated they had a gun, though no weapon was shown. Units responded to the bank, other units started to play the area. Due to the storm there was limited traffic on the roads. Information from the bank lead an officer to find the car in question as it ran a red light in Brookline Village. The vehicle was stopped at Willow Pond Road and Jamaica way. The vehicle was being driven by a female; the male subject who had entered the bank was lying down in the back seat. He had already changed his clothes from the robbery. The clothes and all the money were recovered in the vehicle. Both Subjects were taken into custody and booked at the Brookline Police station. A twenty five year old male and a fifty four year old female both from Quincy, will be arraigned in Brookline District Court on Monday. Both face Armed Robbery charges. The Boston FBI Violent Crimes Task Force responded and took part in the follow up investigation.
Posted by CSD Intern at 3:10 PM No comments:

Arrest made in T-Mobile Break-in

On Sunday December 11, 2016 at approximately 3:15 AM the T-Mobile store at 1310 Beacon Street was broken into and multiple items were stolen.  Brookline detectives began an investigation which included a review of video footage from cameras situated outside of the store. This video footage was shared with the local media on 12-12-16. On 12/13/16 detectives, working w/ T Mobile security, were able to review video footage obtained from inside the store. Detectives then worked with the Boston Regional Intelligence Center (BRIC) as well as other local police agencies in an effort to identify the suspect observed on the videos. Additional information was received through the Boston Police anonymous tip line as well as Fox 25 News Crime Stoppers network. Based on this information, Brookline Detectives along Boston Police officers from E-18 were able to positively identify and arrest Daniel E. Blodgett, age 55, of Hyde Park for

Detectives continue to work w/ other local agencies to determine if Evidence seized as a result of the arrest may be connected to similar burglaries at other local phone stores.

Posted by CSD Intern at 4:41 PM No comments:

9:45am: In the morning of December 13, officers responded to a store on Boylston St. for a report of a customer disturbing others. Upon arrival, officers interviewed an employee who stated that a woman had come into the store to return some items and that she had told the customer that due to the price of the items she needed a manager present to process the request. At this time, the employee told police that the customer became agitated and began to yell and verbally insult her before she started taking items off the shelves and throwing them at her. Officers reviewed surveillance footage and were able to confirm the employee’s story. The customer in question was still in the store and was placed under arrest.

10:26am: While on patrol, an officer was attending the front desk was approached by a Brookline resident who wanted to report a past larceny.  The victim reported two packages had been delivered to a residence on 12/11/2016 according to the delivery service, however on her arrival home she discovered the packages were missing.

6:30pm: While on patrol, an officer was dispatched to a business on Webster Pl. for a report of a past larceny. On scene, the victim reported hanging his coat on a coat hook. As he was leaving, the victim noticed his wallet, was missing from his coat. The victim was advised to cancel his debt and credit cards.
Posted by CSD Intern at 4:43 PM No comments:

Update to T Mobile Break In

The below pictured individual committed a smash & grab B&E to the T-Mobile store at 1310 Beacon Street on 12/11/16 at approximately 0300 hrs.  He was utilizing the pictured vehicle which is believed to be a white Mercury Grand Marquis with a navy blue rag top.

If anybody recognizes this individual or vehicle, please contact the Brookline Police Department at 617-730-2222. 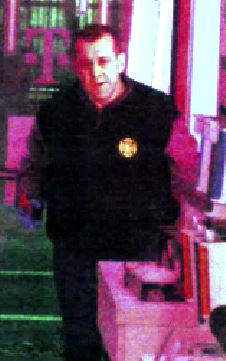 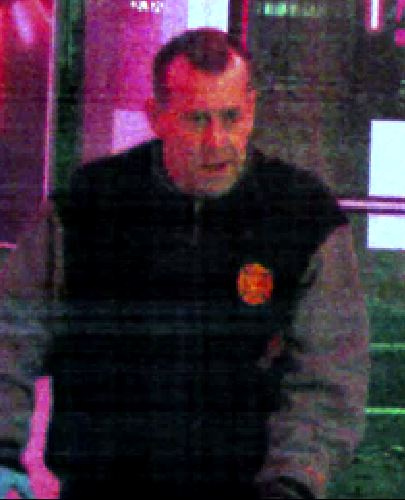 On 12/12/2016 at approximately 01:37 hours, units responded to the area of Winchester Street near Thorndike for a report that a possible robbery had just occurred. The reporting party had received a text from a friend who lives on Winchester Street stating that he had been robbed and to call the police. Police units set up a perimeter around the house while other officers entered to clear the home. On the third floor three parties were located; two had been injured during an armed home invasion. During the investigation it was determined that 4 subjects burst into the home armed with weapons and demanded money. Two roommates, awoken by the commotion during the robbery, were able to flee. After the subjects fled, victims contacted different friends via social media asking them to contact police. Based on the investigation, this incident does not appear to be a random attack.


Descriptions of the subjects are as follows:

At approximately 3:15 am on Sunday, 12-11-16, there was a break in at the T-Mobile store at 1310 Beacon St. Subjects broke the bottom half of the front door glass, made entry, and stole multiple items from the store. The alarm was activated when the door was opened; however,  there was a delay in reporting to the Brookline police of over 11 minutes. Surveillance video is available from the store and detectives are actively investigating. This may be tied to a recent string of similar breaks at Verizon stores in Dedham and Newton within the last 30 days.
Posted by CSD Intern at 10:06 AM No comments:

While patrolling on Centre St. an officer observed two males smoking what he believed to be marijuana in a public place. The officer made contact with the two men to inform them that the upcoming changes in marijuana laws would still not allow them to smoke in public. While speaking to the men, the officer observed that one of them was acting nervously and kept putting his hands in his pockets after being told not to. When asked to turn out his pockets, it was found that the man was in possession of cocaine. The man was placed under arrest.

On December 8, an officer was dispatched to a business on Commonwealth Ave. for a report of shoplifting. The store manager stated that when he arrived to work he noticed multiple items missing and upon review of the security footage found that a man had taken the items from the store without paying. The matter is under investigation.

On December 9, a man came in to the police station and told officers that he had missed a court date and believed there might be a warrant in his name. Officers confirmed there was an active warrant and the man was placed under arrest.

On December 9, an officer was dispatched to a store on Commonwealth Ave. for a report of shoplifting. An employee stated that earlier in the day a man was observed taking items and concealing them in his backpack. The matter is being investigated.

Officers were dispatched to a residence on St. Paul St. for a larceny report. Two victims stated that they had had packages stolen recently. The incidents are being investigated.

While conducting traffic enforcement in the area of Harvard St. and Beacon St. an officer conducted a random query of a vehicle and found that the registered owner had an active warrant in her name. The officer conducted a traffic stop, confirmed the identity of the driver, and placed her under arrest.

On December 10, officers observed a vehicle make an illegal U-turn on Harvard Street. The officers conducted a traffic stop and found that the driver was operating with a suspended license. The driver was placed under arrest.

While on patrol in the area of Boylston St. and Cypress St. an officer observed a vehicle without a valid inspection sticker. A query of the vehicle showed that the registered owner had three active warrants in his name. The officer conducted a traffic stop and the driver was placed under arrest.

In the evening of December 10, officers responded to a business on Commonwealth Ave. for a report of shoplifting. An employee stated that three individuals had been in the store and took turns distracting him while the others took items from the store. The matter is under investigation.

While patrolling on Beacon St. officers observed a vehicle fail to stop for a red light. The officers conducted a traffic stop and found that the driver had a revoked license. The driver was placed under arrest.

Officers responded to a business on Commonwealth Ave. for a report of shoplifting. An employee stated that he had observed a man take merchandise and attempt to put it into his backpack and then flee the store. The matter is under investigation.

An officer was dispatched to a store on Beacon St. for a report of shoplifting. The store manager stated he had noticed an item missing and when he reviewed the surveillance footage he saw that a man had entered the store and taken it without paying. The incident is under investigation.

Posted by CSD Intern at 9:34 AM No comments: