With the start of the school year, traffic has returned to the area. Today Boston, State, BU, and Brookline Police addressed bicycle traffic in the Commonwealth/ BU area. The goal was safety and education as many officers from these agencies stopped cyclists to hand out helmets and bike lights. Boston Police Training Division was also on site taking video to be used for an educational video for officers. The event not only gained the attention of BU students, but also CBS news, which was on site filming the officers at work. Such a collaborative effort from these Boston area law enforcement agencies will hopefully lead to better, safer, and more educated cyclists. 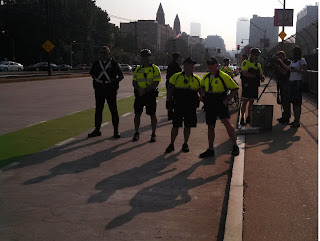 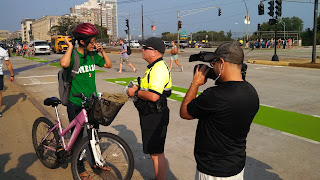 Posted by Crime Analysis Unit at 9:31 AM